When I was your age, I had a boat. 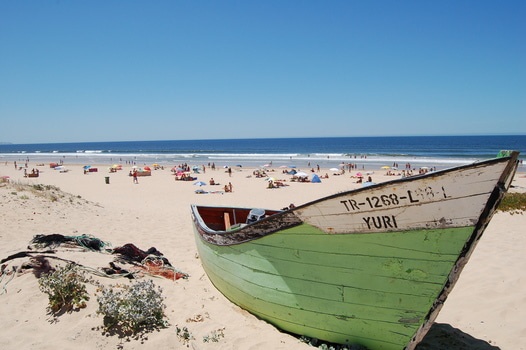 It was not a fancy boat or a particularly nice boat, but it was my boat.

Boats, as you know, have many moving parts. And these parts need to be cleaned.

Now, I could have cleaned every part separately, iterating through the piles of barnacle-encrusted tools one by one, preparing to clean each individual piece with a bit of a care.

Or I could get a bit smarter about it. I could prepare once for each group of related items, so that I wouldn't have to prepare to clean each item individually. In code, that might look like:

And so on and so forth. Well now, this wasn't so bad, but I noticed that I was preparing to clean everything — and cleaning everything, really — in the same way. What if I could just group all of the things that I needed to clean, and prep for the cleaning once?

So went the days of my youth, when I learned to pass functions as arguments to other functions.

And my boat was cleaner for it.

In JavaScript, we have the ability to pass functions as arguments. This makes it really easy to abstract functionality out of our programs, making the programs easier to reason about by breaking them into smaller chunks.

For example, let's say we have a function that lets us do anything we want to the number 5 (follow along in the browser's console!):

Well, let's try it out. Can we divide with it?

Cool, cool. Can we append it to a string?

Some things to note:

Other uses for callbacks

Callbacks can also be useful for when we finish an expensive operation and want to return to a previous function's context (similarly to how done() was used in the boat example).

View Javascript Callbacks on Learn.co and start learning to code for free.