This is a tutorial for creating the most basic git repository possible and adding it to the online service Github.

It is a "source control management system" in the sense that it helps programmers to control and manage changes being made to a collection of files and their contents. It is a critical tool for all software development teams (even 1 person teams!).

First, create the directory "git-todo" in your home directory to contain your git repository:

You should now be in the brand new git-todo directory. Run pwd to see that your present working directory looks something like this:

Now, create an empty file in your current directory:

Great, now you have something to version control!

Run the ls command to verify that README.md was created.

Let's get started with git:

This initializes the git repository, or in other words, it creates a directory called ".git" which contains some stuff that git needs.

Now you have to tell git which files you would like to keep track of.

Now, run git status again. You now see that there are "changes to be committed". Great! Let's commit the changes. Once you do so, the new README.md file will be in your git repository.

The -m option to commit indicates that you are providing a message to go along with this particular commit.

So, now that you have a full-fledged git repository, let's introduce Github to the mix. Github is an online service that augments the experience of using git.

Enter the name of your repository, "git-todo". Select the "public" option. DO NOT check the box that says "initialize this repository with a README".

You will be taken to the "git-todo" repository page and be shown the view for a repository with no content. This is because our new Github repository doesn't know about the commits on our computer yet! It looks something like this: 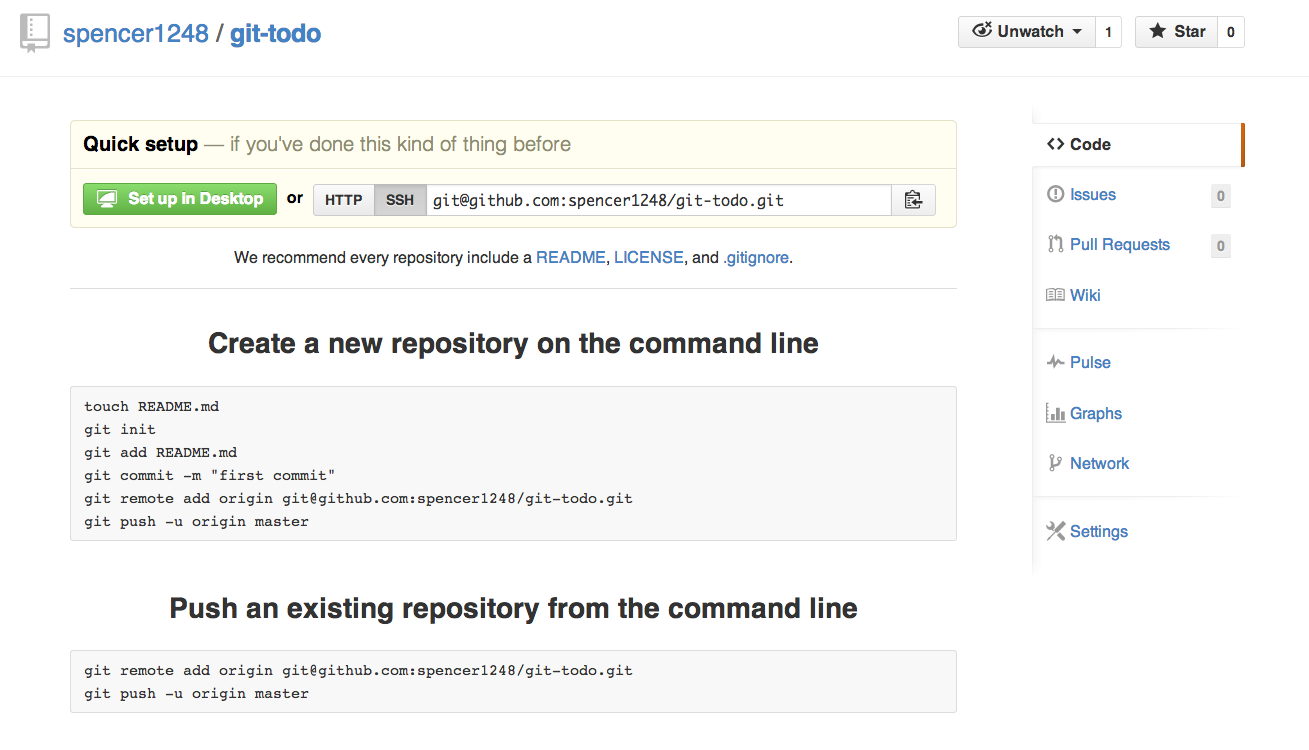 We have an existing repository on our computer, so paste the 2 lines in that section in to your terminal within the "git-todo" repository directory.

Remember to toggle the SSH tab as shown in the image above.

The first line that starts off with git remote add tells your git repository where on the internet your Github repository lives.

The second line, git push -u origin master, instructs your git repository to send it's commits to the Github repository!

Once your git push -u origin master is successful, refresh the Github repository page in your browser and you should see your "README.md" file. Congrats!

Here's an example of what the repository will look like on Github with the README.md file: 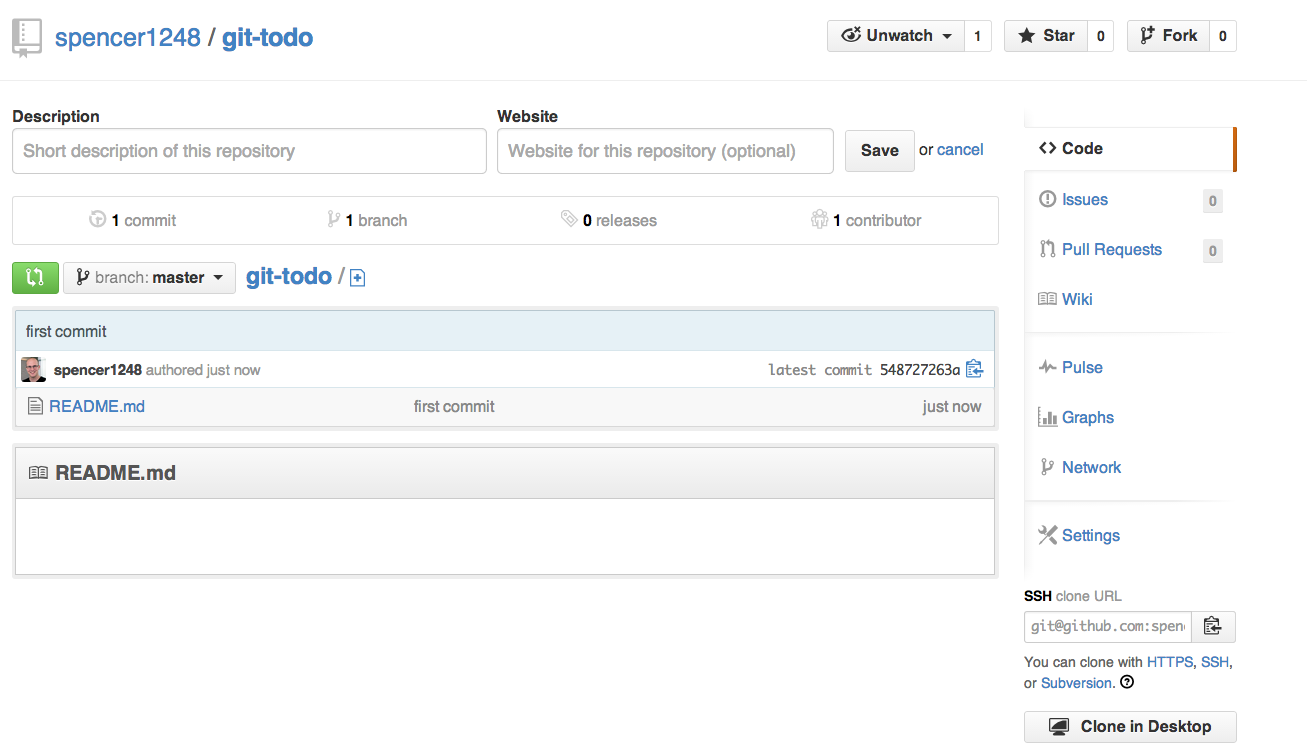 View Git Todo on Learn.co and start learning to code for free.

View Git Todo on Learn.co and start learning to code for free.